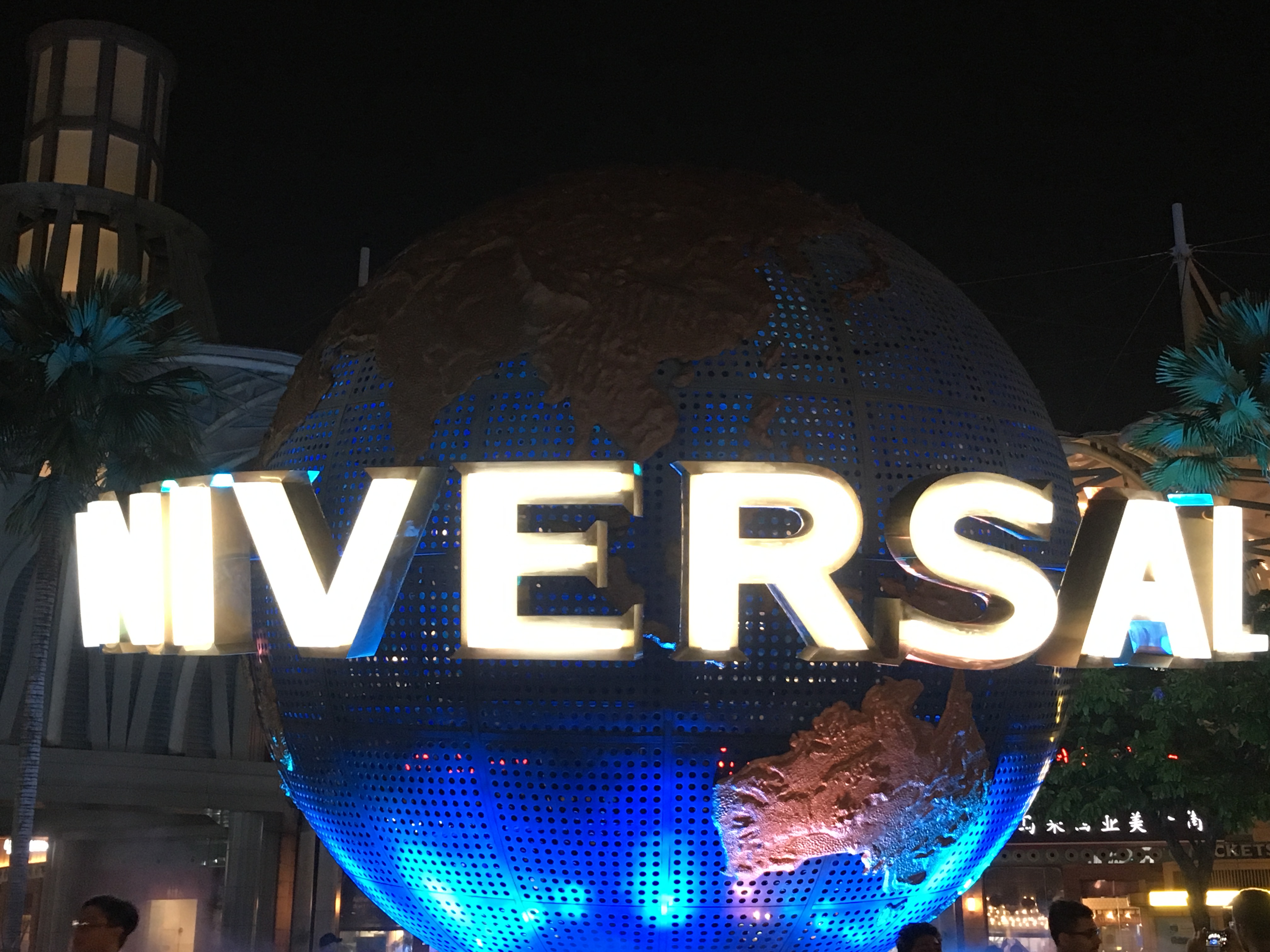 The Universal Studios, Sentosa is divided into 7 sections:

The tickets are $78 per person so it is quite expensive. Hollywood is the first section you see as soon as you enter the studios. There is the huge Hollywood sign at the entrance. As you walk through the section, there are many cute shops to look at. It also has many different character pieces such as Minions, Hello Kitty and many more. The section is very successful in providing a Hollywood vibe. I visited the Sci-Fi city next. I went on Battlestar Galactica: Human first. We had to wait really long for the ride. Honestly, the human side is not worth it if you have to wait for a long time. The Cyclone side is so much better and more fun. It is faster, loopier and jerkier. The other main ride is the Transformers ride. The ride is 3D and takes you through a battle scene. This ride was my second favourite ride. The visual effects were very well done and you could actually feel the effect. There were also an autobots meet and greet going on when I went but the line to take the picture was quite long so I decided not to take one.

The next section you come across is Ancient Egypt. The main ride to take here is Revenge of the Mummy. This was my favorite ride. I went on this ride 3 times! The ride had a great story line, amazing visual effects and right amount of horror. The roller coaster was fast and had a lot of unexpected moves. There were also some water and misty effects. This ride was perfect and the best one.

The next section is The Lost World. The main ride here is the Jurassic Park Rapids Adventure. It replicated some parts of the movie. Throughout the ride, I was like, “I remember this from the movie”. It was a really fun ride. I also saw the meet and greet featuring Dr. Rodney and Velociraptors. There was a show happening called Waterworlds. The storyline was cute. The show had some interesting and unexpected parts of it. The show was just fun to watch and provided as a great resting time.

The next stop is Far Far Away. The iconic Disney castle is at this part of the studios. The only ride I took here was the Shrek 4-D Adventure. The ride takes place after the events at the end of the Shrek series. The ride is really cute and fun! The last section is Madagascar. I took the Madagascar: A Crate Adventure ride. The ride was well presented and relaxing. The last section I went to was the New York section. I took the Lights, Camera, Action ride. It is hosted by Steven Spielberg. It showcases how the movies uses special effects in the scenes. It was quite interesting!

Overall, I would recommend going on Revenge of the Mummy, Transformers 3D and Jurassic Park Rapids Adventure for certain and going on other rides if you have time. I would also suggest taking some snacks with you as everything is really overpriced at the studios. Also, I feel the best time to go is on a weekday mid afternoon! That’s when the rides had the most short waiting time.