Tube to Baker Street
Walked to Madame Tussauds
Long queue
Entered
A shot in front of screen, wrist band on one of the members. Quite busy inside. 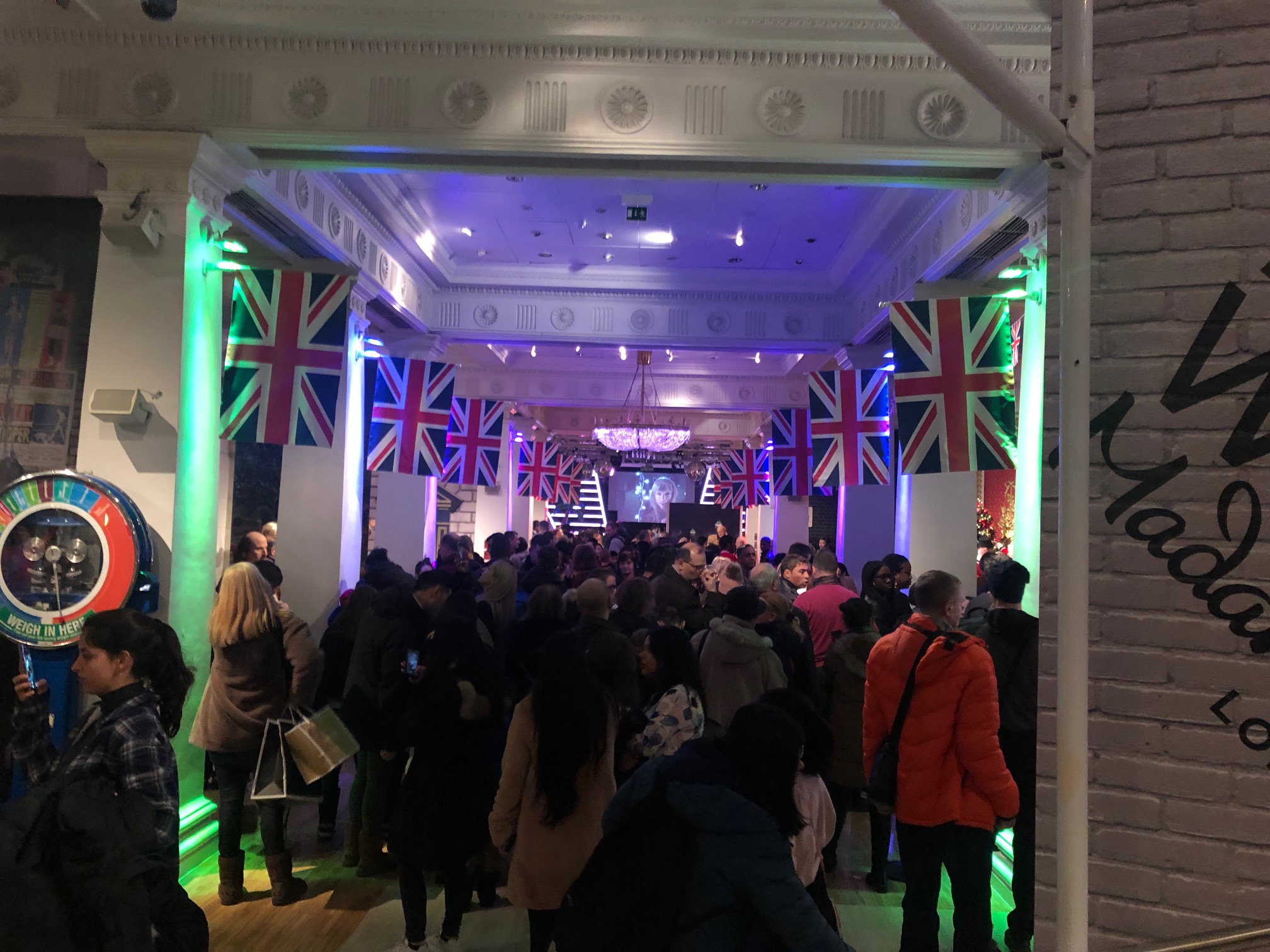 Bollywood and Hollywood Stars, Singers, Leaders, Scientists and Inventors, Sports persons and leaders and members of the Royal family

Wax Statues of Royal Family include of course the Queen, Prince William and Kate Middleton, Prince Harry and Meghan Markle all in one booth. On other side facing the booth are statues of Prince Charles and Camilla Parker 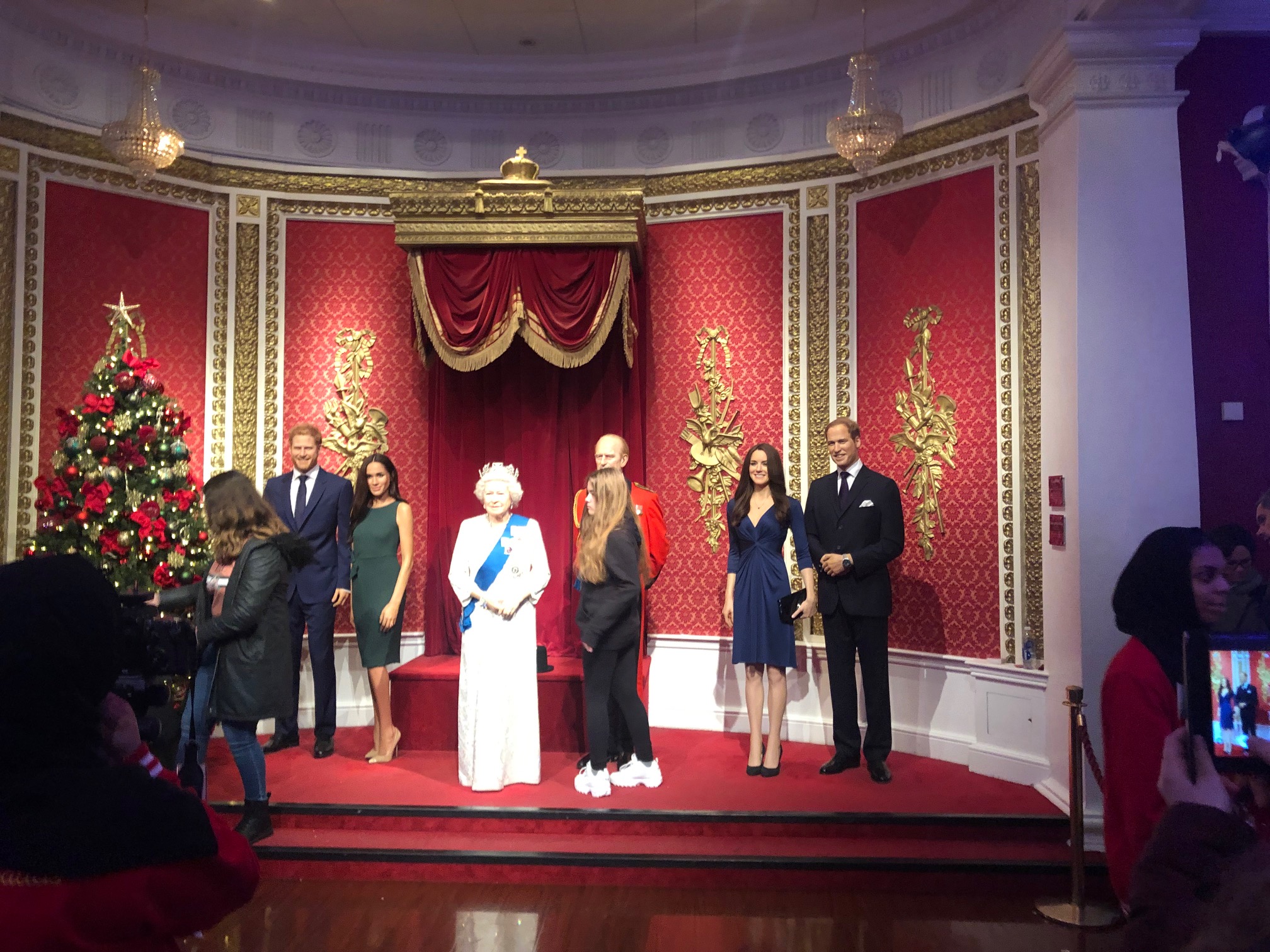 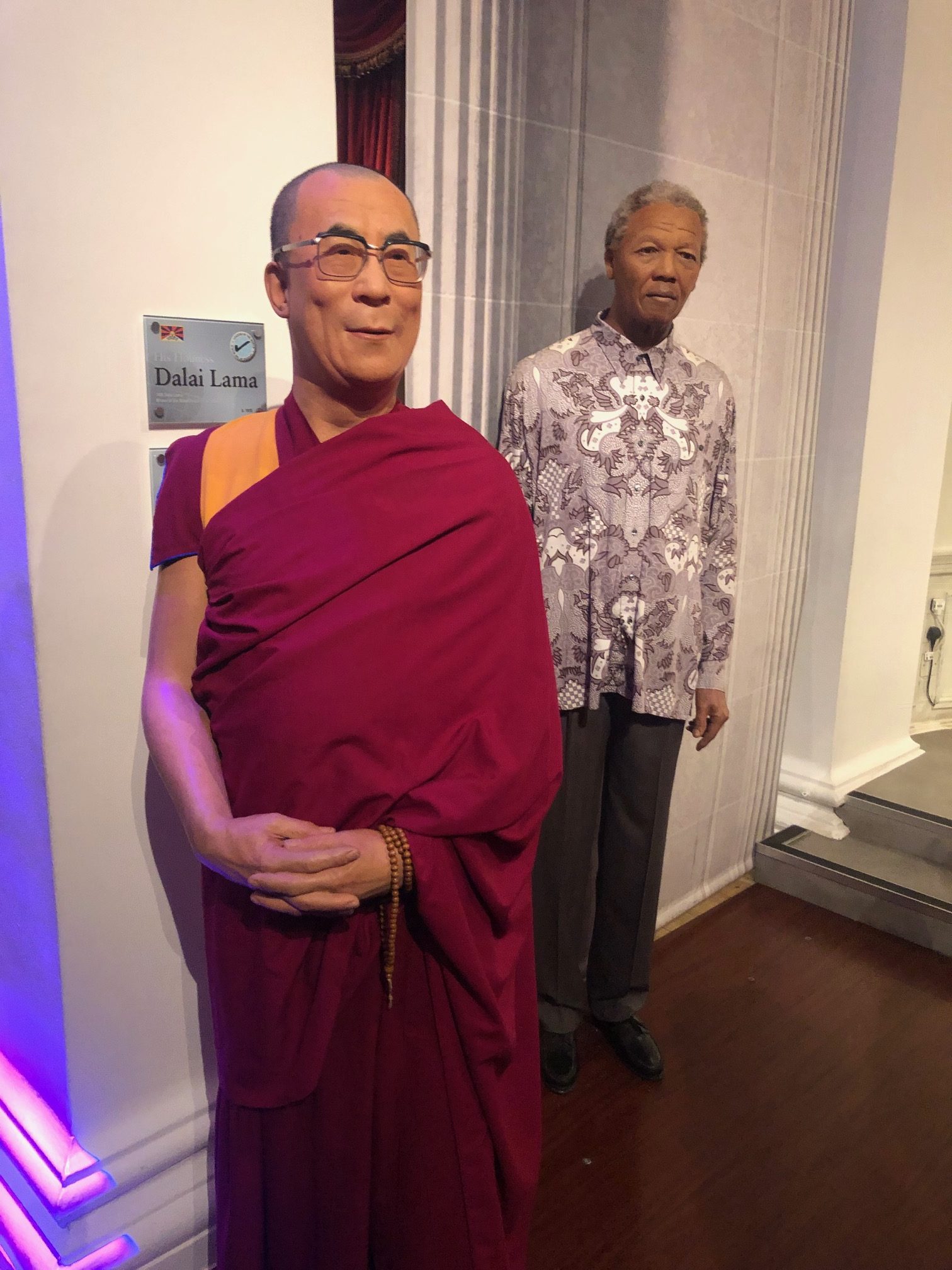